Why are property prices so high in Kathmandu?

Three forces are behind this

KATHMANDU VALLEY is known for many things: the centre of Nepal’s history, art, culture and economy; tourism, with several hundred thousand visitors annually; one of the fastest-growing metropolitan areas in South Asia, to name a few. Over the last 20 years it is known for something else, too. And one that keeps grabbing headlines. From 2003 to 2008, land prices in the valley rose by nearly 300%, according to the Nepal Land and Housing Developers' Association, a real estate consultant—a boom that only a small number of cities have seen. And a recent report by Nepal Rastra Bank highlights land prices increasing at 27.7% a year and doubling every 3.5 years. Sit down with a local and soon you will hear them complaining about not being able to afford a house in the valley.

Three factors explain why property prices in the valley have increased so much. Consider large-scale migration first. At the height of the Maoist insurgency (that lasted from 1996 to 2006), a large number of rural people were displaced. Many fled to the valley for their lives and the security it provided. Around 500,000 people were displaced from their villages, estimates suggest. Also, because of lack of economic opportunities in rural areas, people migrated to the valley for economic opportunities and permanently settled there. This put pressure on land and housing available then, skyrocketing their prices.

Massive capital inflow is the second reason for high property prices. In the 2000s people invested their savings into real estate given the uncertainty caused by the civil war and the political transition that ensued. Many saw real estate as a safe investment haven, as well as a promising path to riches, in the absence of other investment alternatives. Out-of-towners sold their assets in rural areas and bordering areas (for security reasons) to buy land in the city.

Proliferation of banks and financial institutions coupled with plentiful credit in the past also inflated property prices. Availability of funds at low interest rates led investors to invest in assets that yielded higher returns; property was one of them. In the 2000s banks and financial institutions’ balance-sheets had a significant share of real estate lending. Between 2007 and 2009, real estate loans increased from NRs 2.48 billion to NRs 24.76 billion. Some critics also point out that banks facilitated the price surge by evergreening bad loans.

Another source of capital is the accelerating trend of remittances flooding the real estate market. Between 2000 and 2020, remittance jumped from $8.1 billion to $111.5 billion. Increases in household savings, which rose from $833.6 million in 2000 to $5.2 billion in 2019, also provided capital to the market. 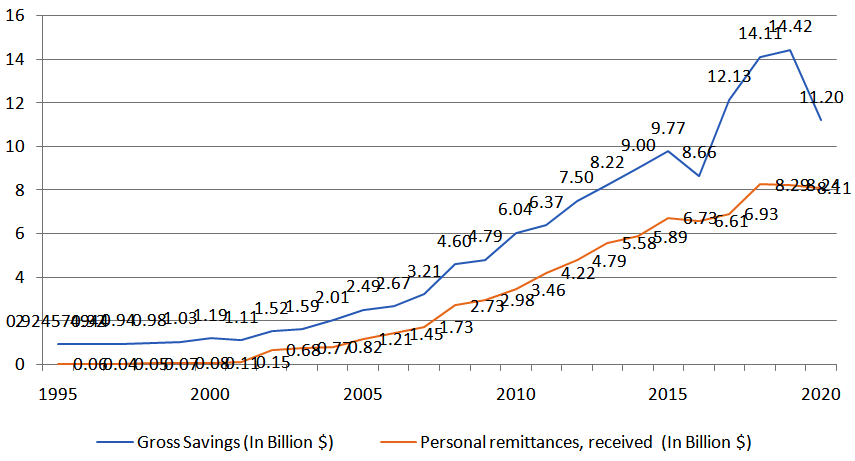 As a result, transactions of houses and plots have increased. Changes in land use and its fragmentation into small sellable plots over the last two decades also show the frequency of transactions. This race for space explains some of the rise in property prices in the valley.

Real estate investors, wealthy folks and politicians continue to invest in local property in the expectation that they would make windfall profits through increases in property values. Some invest for speculation. But the broader trend can be seen across much of the world. The IMFʼs global house-price index, adjusted for inflation, is well above the peak reached prior to the 2007-09 financial crisis, which partly explains why people are investing in the real estate.

What baffles investors and economists alike though is how long this boom can last. The central bank has introduced caps on real estate loans. It has directed BFIs to limit their real estate and housing lending to 25% of their total loans. For many people getting a loan has become harder, not easier. Perhaps it is just a matter of time before property prices start to level off.

These same forces may once again explain why property prices today are so high—and why they will continue to rise. There are two reasons that stand out: strong household finances; and peopleʼs greater willingness to invest in property. Take households, for instance. People with high incomes have driven the surge in prices.

But today’s high prices are also a continuing trend of the rising property prices in the 2000s. Though prices slowed down as a consequence of lending controls in the early 2010s, it hardly slumped. Investors had to liquidate their investments to pay off debts, but the larger real estate market only remained stagnant without a fall in the prices. It was because buyers deferred purchases, and sellers didn’t lower the prices.

The third and most important reason why property prices remain high is the wide gap between their supply and demand. A tiny government controls over the land market and weak land-acquisition and pooling laws mean a small number of profit-seeking players controlling the market. This has led in turn to housing supply becoming ever more inelastic. Increases in demand for homes have pushed housing prices through the roof and less into additional supply. Some studies estimate that the valley requires thousands of housing units to meet the rising demand.

The government is less bothered with creating a better system and more with just getting housing companies and real estate investors to pay more tax. In the last five months, the government collected NRs.15.21 billion in taxes (land registration fees and capital gains) from land transactions in the valley alone, which is over 50% of the entire tax collected in the country. Unless something profound changes or the government reins in the real estate market (which is unlikely), property prices may continue to rise.