IT’S TIME for infrastructure splurge once again in America. On November 5th the House of Representatives passed a $1.2 trillion infrastructure bill – Infrastructure Investment and Jobs Act – to upgrade the nation’s crumbling infrastructure — roads, bridges, pipes, power grid, broadband and other public works. The bill was signed into law by the US President Joe Biden 10 days later.

The legislation is the most substantial government expenditure on the aging infrastructure since 2009. “It is a once in-a-generation investment in America unlike anything we’ve seen or done since we built the interstate highway system and won the space race decades ago,” President Biden said.

After months of intense bipartisan negotiations and tough opposition from both parties, the infrastructure package was signed into law after it passed the House in a vote of 228 to 206 with 13 Republicans siding with 215 Democrats in support of the package. Six Democrats voted against the bill. Lawmakers also cut the initial proposed infrastructure spending, which amounted to $2 trillion, by as much as 50% across all the sectors, from transportation to clean drinking water.

Biden’s infrastructure package is expected to boost America’s productive capacity for decades. The package includes $550 billion in entirely new investments, to be disbursed over five years. Climate resilience programs would see its biggest infusion of money. Brookings Institution estimates that between 2022 and 2026, the federal infrastructure spending will reach 1.3% of annual GDP from 0.8%, surpassing the trend of the past four decades. This is on par with the New Deal infrastructure spending that restored prosperity to Americans after the 1930s Great Depression, and saw the construction of projects as New York’s Lincoln Tunnel and Hoover Dam.

Where’s the money coming from?

The funding of the recent legislation is done without hiking taxes. Earlier, President Biden had proposed to raise the corporate tax from 21% to 28% to finance his infrastructure bill. But Republicans refused to support the hike.

Now, the bulk of the funding will come from unused money from the previous pandemic relief programs, says the act (Read the summary here). Some other funding measures include more-stringent reporting of crypto-currency gains, extension of fees on Government-Sponsored Enterprises, and reinstatement of certain Superfund fees. The spending plan will also mobilise future gains resulting from the growth spurred by the investments on the long-term infrastructure projects.

According to the Congressional Budget Office, the bill would add about $256 billion to the federal deficit over the next decade.

Rundown of the Infrastructure Package

Transportation: $176 billion.
About $40 billion has been allocated to new federal spending for fixing bridges, the largest investment since the construction of the interstate highway system. The bill include funding for Appalachian and Alaskian highways, Puerto Rico’s highways and “congestion relief” efforts in cities. American passenger rail service Amtrak will also receive a big spending cheque. Funding is also earmarked for freight rail safety, along with funds for programs intended to provide safety for pedestrians.

For years, American passenger rail has suffered from under-investment, resulting in maintenance backlogs and delays. The bill sets aside nearly $66 billion for the passenger rail service provider Amtrak, making it the largest recipient of funds in the bill, and the largest expenditure on passenger rail since the creation of Amtrak in 1971.

Amtrak, the profit-for national rail network, sees the inter-city rail service in the US and to the Canadian cities, but insufficient state and federal support has impeded reforms. During Trump’s presidency, support was even cut down. 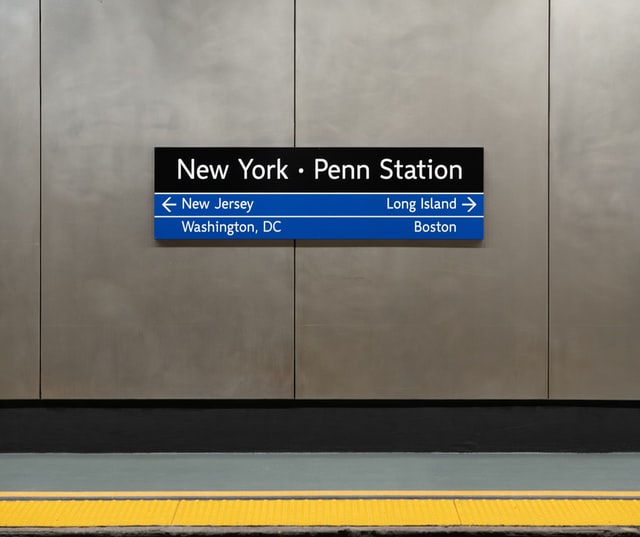 Biden, who believes that the intercity rail can play a central role in the economic future of the US, has now set aside substantial funding to transform and expand the service across the country that loves cars, but also unhappy with the lack of reliable solution to long hours of driving, congested highways, energy inefficiency and climate change.

Broadband: $65 billion.
The bill includes another $65 billion to ensure that every American in hard-to-reach rural communities has access to high-speed internet. It would also help low-income communities to sign up for internet service who otherwise cannot afford it. About $14 billion of the funding would go toward this.

According to the White House estimate, about 30 million Americans still do not have reliable access to high-speed internet, many of them people of color or underserved groups. The bill also aims to encourage competition among service providers through price transparency and comparison-shop.

Water pipes: $55 billion.
After several drinking water contamination crisis, there is a revitalized interest in upgrading the U.S. water infrastructure. The bill include $15 billion for replacing lead-pipe lines that still serve nine million homes across the country and $10 billion for cleaning up drinking water contaminated by man-made chemicals, such as PFAS (Per- and Polyfluoroalkyl Substances), which are released during the manufacturing of many everyday goods, for instance cookware.

Electric vehicles: $12.5 billion.
The bill has substantial funding for electric vehicles, including funding for tax credits to make them affordable. At present, the U.S. has about 43,000 charging stations (America’s electric-vehicle market is just one-third of China’s). The plan seeks to encourage states to build public charging stations. The legislation also aims to supplant carbon-emitting school buses with zero-emission buses. A major push for having half of new cars electric by 2030 means there is a need for more charging stations across the country. The spending list goes on and on, from airports to ports and the remediation to other public works. Beside New Deal-style blue collar infrastructure projects, the bill has also earmarked funding for newfangled initiatives to help America transition to a sustainable future. As the country continues to face worsening disasters, from wildfires to floods, the bill sets aside a large chunk of funding to better prepare the nation for the effects of climate change.

Yet the climate funding is much lower than Mr. Biden initially proposed. As the threats of climate change become more frequent, experts say the government needs to do more to bolster the country’s ability to adapt to extreme weather patterns.

The measure also seeks to provide new resources for historically underserved communities. About $1 billion has been allocated for projects that will help reconnect tribal communities and communities of color and spur inclusive economic growth. Another $2 billion grant program goes toward roads expansion, bridges and new bus routes in rural areas, making public transit more accessible to every American. The bill also has $216 million funding for the Bureau of Indian Affairs for climate-resilience and adaptation efforts, increasing support for Native American groups.

Mr. Biden along with his advisers, administration officials, some economists and business leaders largely tout that the bill is a step in the right direction toward overhauling critical infrastructure, and is believed to create millions of jobs in the short run and reinforce US competitiveness in the long-run.

“This is not designed to be a stimulus. It’s designed to be the most strategic, effective investments so that we can continue to compete against China and other countries that are making bigger investments in their infrastructure,” Cecilia Rouse, who chairs the White House Council of Economic Advisers, said in an interview.

Beside the infrastructure bill, there is another main spending bill, the Build Back Better Act, of nearly $2 trillion, which is yet to pass the senate. The measure include hundreds of billions of dollars in funds for climate change, health-care and social safety net. Centerpiece of Mr Biden’s domestic agenda, the bill will “create jobs, reduce costs, make the country more productive, and give working people and middle class a fighting chance.”